2022 has been a banner year for our new American map style - our first full year as a community project! As of this post, we’ve merged 309 pull requests this year and stood up our own vector tile server. We are currently rendering 1,620 tags, most of which are due to our prolific support of highway route networks. The project has captured considerable community interest, and there are 165 mappers following the project in our Slack channel.

Back in January, I announced the public launch of the project and call for participants. In February, we were featured in the OpenMapTiles blog, which discussed a number of important features that we contributed to that vector tile schema, which would allow us to render American-style maps. In April, I introduced OSM Americana to the world at State of the Map US in Tucson, with my presentation “An American Map Style”. In May we introduced the rendering of toll roads.

Americana was recently featured in an OpenStreetMap US guest blog post, where we discussed our new features to change the language of labels in the map! It’s now possible to change these on the fly, with a small menu on the lower-right corner. Language label switching is made possible due to the OpenMapTiles integration with wikidata, which provides alternate-language labels for places worldwide. 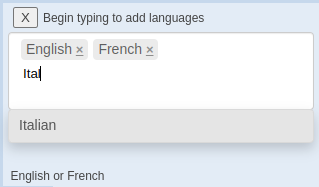 When displaying international locations, the map will now show a “gloss” in parentheses, which shows what a place is called in its local language. This feature shows the power of vector maps: all language information is encoded in the vector tiles, and the final decision about which label to show is made in the user’s web browser! Language switching was highlighted in weeklyOSM issue 645. 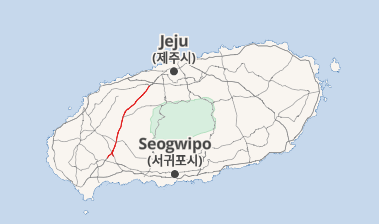 The team has made fantastic progress in rendering highway shields in the US. We had highway shields in 26 states at the beginning of the year. Today we’re rendering shields in all 50 states! This progress is due in part to the U.S. community’s support for Clay Smalley’s research and proposal for a predictable format for local route networks. 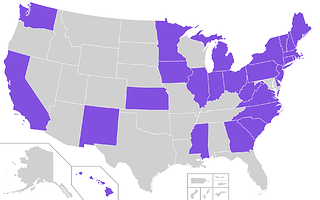 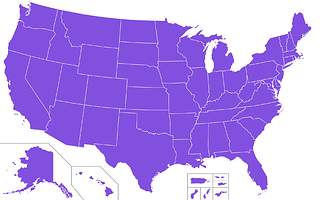 Internationally, we’ve made great strides in rendering highway shields in countries across the globe, with help from many local mapping communities. 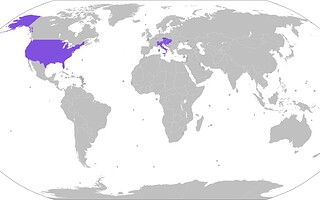 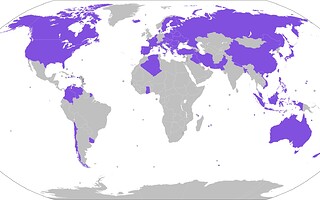 The US sure is a complicated place to map! Here’s one of the team’s favorite test locations in Downington, Pennsylvania, where we encounter the famed US 30 Alt-Business-Truck route: 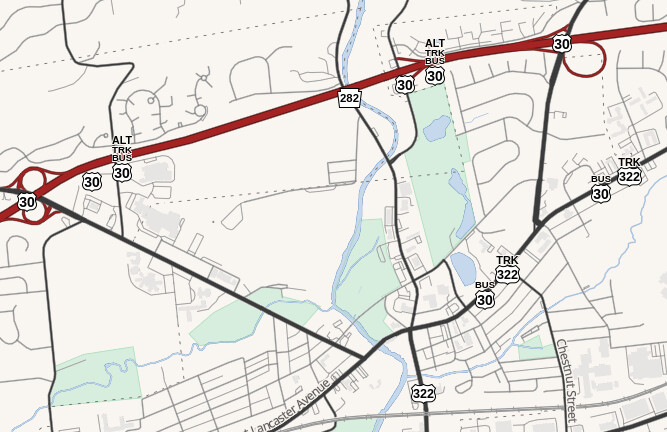 Another American oddity are the Georgia “color” routes, which are color-coded as part of the Appalachian Development Highway System. This map clip shows several American-isms on the outskirts of Columbus, GA: the ADHS “green” route, a four-way concurrency, and an expressway. 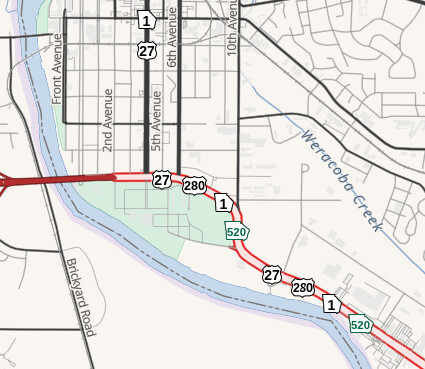 It’s impossible to pick a single “favorite” location for our highway shield renderings, but one that always comes up is the interchange between the Sam Houston Tollway (abbreviated SHT) and Interstate 69 near the Houston Intercontinental Airport. This spot shows off several fun features including tolls, bannered routes, and the incredible feat of shoving a 3-digit number into the shape of Texas. 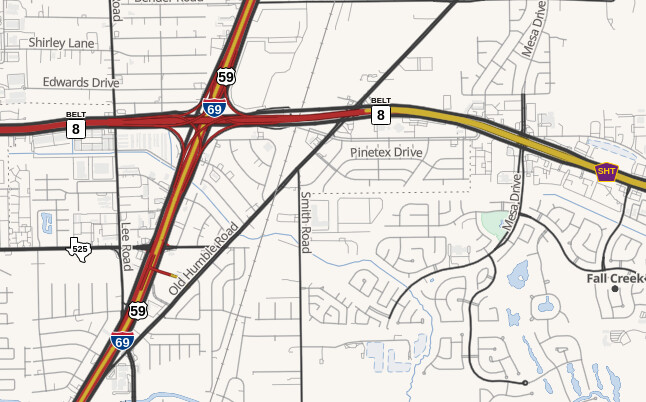 Finally, a discussion about the ins and outs of American highway shields would be incomplete without showing an example of truly ugly highway shields, most notably the Branson, Missouri, local system of signposted “color” routes. For anyone reading this post from outside the US, yes, even local departments of transportation in the US will sometimes create their own unique route system, and clearly, none of them have attended art school! The team managed to nicely capture the essence of this hideous local abomination while also showcasing the nearby US, state, and county route shields: 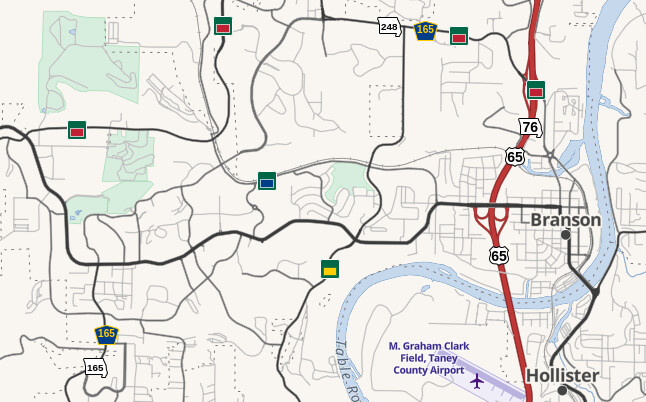 We recently added support for rendering urban areas based on Natural Earth’s urban areas polygons. Although the resolution of Natural Earth is low (sorry, Milwaukee and Cleveland!), urban area highlighting is an expected feature in American atlas-style maps. 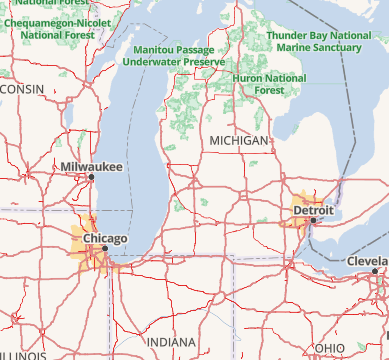 While the automobile is king of the modern American transport network, railroads have a unique place in Americana (in the traditional sense) as the technology that opened access to the American West. We’ve added rendering for rail lines using a “single line and tie” motif that is common for American maps: 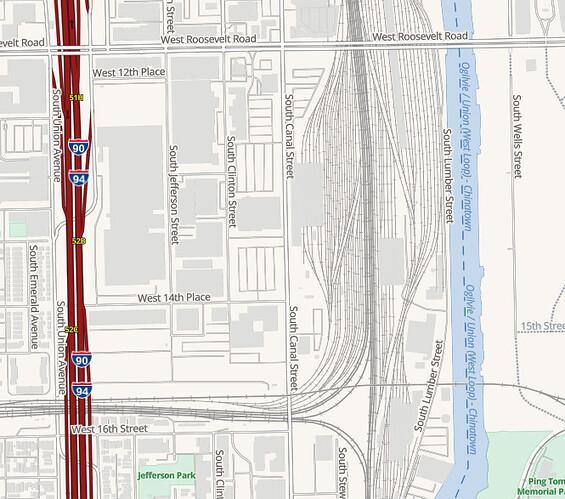 The US is a huge country, and most people travel by air when traveling around the country, so airports are an important feature, which we added back in May, with styling for both commercial and military airports. Thanks to AnonymousAlligatorOSM, a mapper based in Louisiana, for taking on the project of styling airports. If you’re local to the San Diego, California area, you might notice a minor easter egg in this screenshot: north isn’t up! That’s thanks to features built into the MapLibre library that allow users to pan, tilt, and rotate the map in any direction. 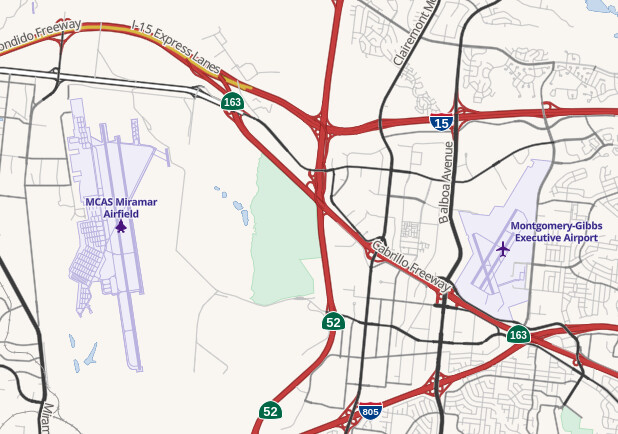 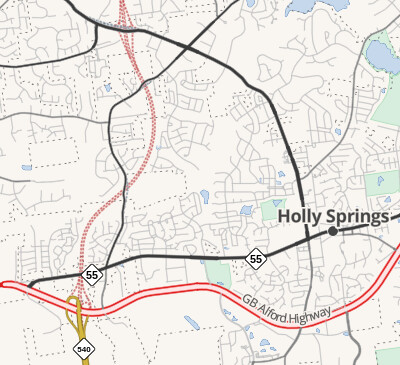 This year we added OpenMapSamples to the demo map, which allows you to see how different features render for development purposes. This has been a valuable tool for style contributors to test their contributions. 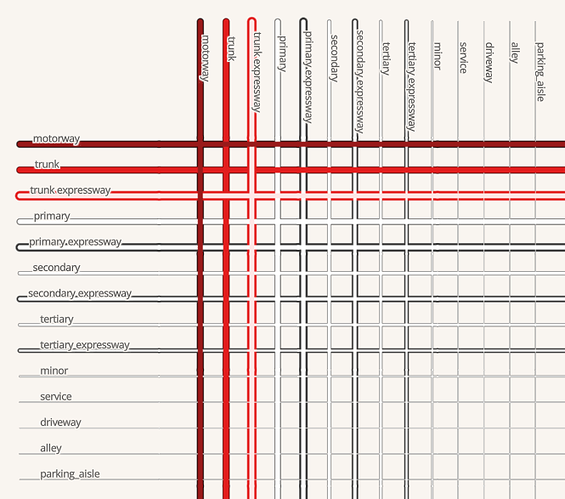 Looking to the future

We still have a lot to do! One glaringly incomplete area is points of interest (POIs). Bars, restaurants, hospitals, parking lots, you name it, are all missing from the map. It will be a considerable challenge to figure out how to style these icons and make them look beautiful on the map.

I also hope to reach a consensus on rendering busways. This type of road for busses is present in many American cities, and the rendering of them on the Standard Tile Layer has been stalled for over two years. However, a real challenge is coming up with an attractive rendering that distinguishes but doesn’t conflict with existing roads. Projects like osm-carto look to other rendering styles to decide what to map, so projects like ours need to show the way forward on challenging, niche, or emerging cartography challenges.

I look forward to seeing the team continue its trend in developing innovative features that make use of our technology stack to push the envelope on what digital maps can do! If you’ve been hanging around in our Slack channel, you’ve probably seen screenshots of an under-development feature to generate a dynamic legend based on the features in the map view.

Lastly, I hope to strengthen the project’s partnership with OpenStreetMap US in the year ahead. Three of the 2022-2023 board members are Americana maintainers, and we’ve recently adopted the OSM US Code of Conduct. Plans for the future include incorporating the map into a redesign of the OSM US website and moving the project from my GitHub space into one within the OSM US organization. This is a US community style, so it’s fitting that it should be partnered with our local chapter.

Please join us if you’ve ever been interested in contributing to a map rendering project! We can be found on the project’s GitHub space or OSM US’s Slack server, at the channel #americana-map-style. Newbies are welcome; we’re happy to help show you the ropes.